Steve Hassell has been on the tech industry’s radar for over 20 years as a recognized thought leader & technology executive with extensive experience consolidating and turning-around billion-dollar, global operations. Because he moves seamlessly between technology and business circles, Steve has a reputation for being able to execute the projects that other executives cannot, delivering quality and customer focused improvements that reduce costs for complex technical environments. In 2004, Steve joined Emerson Electric Company (NYSE: EMR), a $15B multinational, Fortune 500 manufacturer of industrial, commercial and consumer market products via a network of over 60 business units and brands. A rare external C-Suite hire he initially led efforts as CIO to synergize, centralize, and consolidate company-wide IT strategies to leverage information across the businesses. During his six-year tenure he organically grew an IT Shared Services model to improve business unit support while maintaining less than 2% total IT spend. In 2010, the Emerson Electric CEO hand-selected him based on his previous business transformation and technology expertise to “Emersonize” Avocent following its acquisition for $1.2B in 2009. It was in this capacity that he trailblazed a new industry standard for Data Center Infrastructure Management (DCIM). From 2013 till 2016, following two promotions, he served as President of Data Center Solutions for Emerson Network Power, an Emerson Electric business group and #1 Global Brand in Datacenter Cooling/ Thermal Management, Datacenter Infrastructure Management (DCIM) Software, and Keyboard Video Mouse (KVM) & Serial Control devices. In this capacity, he increased EBIT by 20% and profitability by 8% by marrying two business units (Avocent–technology business founded in 2000 and Liebert– an industrial-focused company from the 1970’s). By standardizing quality processes and metrics across business lines, he reduced defects as much as 50%, reduced logistics costs, and improved net promoter and voice of the customer scores. Before joining Emerson Electric, Steve served as CIO at Invensys, VP and CIO of Newport News Shipbuilding as well as CEO of Naptheon, a wholly owned subsidiary that he launched out of Newport News Shipbuilding to transform internal IT operations from a cost line item to a revenue generator. A SixThirty Cyber Mentor, Steve holds a MBA from Northwestern University’s Kellogg School of Management and is a graduate of the US Naval Academy where he earned a bachelor’s degree in Computer Science before serving seven years as a surface line officer in the United States Navy. Steve serves as an advisory board member to Atomation, BotDoc and Cyr3con along with organizations such as the Internet of Things Community. Previously, he served on the Board of Directors for the American Heart Association - Great Rivers Affiliate, Huntsville Chamber of Commerce, and Downtown Huntsville Inc.
Find me on:

The Power of Simple, Scaled 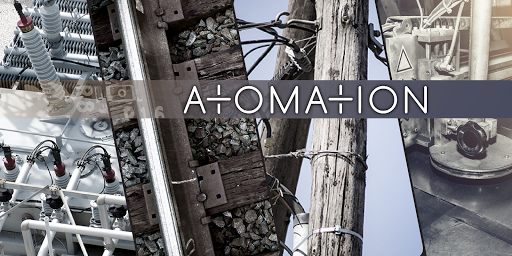 Someone on my team asked me this question recently, and I keep turning it over in my mind. Of course, I have an elevator pitch I could recite, but at our core, who and what is Atomation?

The best way to answer that question is to start with the “why” behind our approach.

END_OF_DOCUMENT_TOKEN_TO_BE_REPLACED

The Unfulfilled Promise of Connected Devices 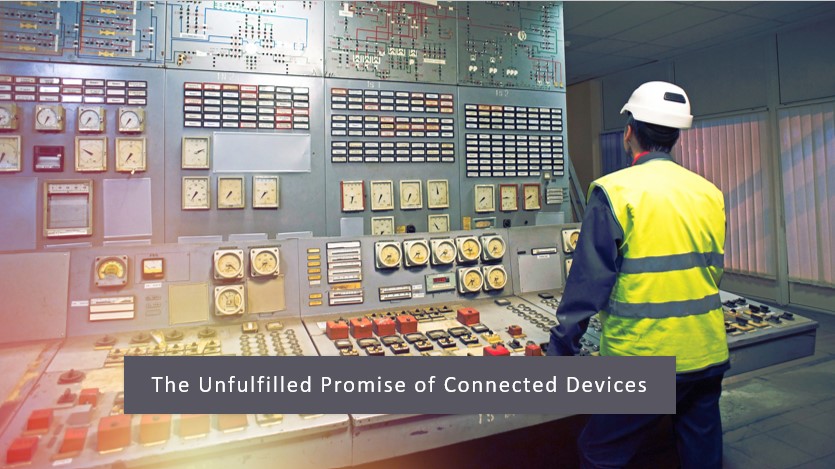 Much has been written about the growth of connected devices. A 2019 IDC IoT and data forecast predicts 41.6B connected IoT devices will produce 79.4 zettabytes (which is 79.4 billion terabytes) of data in 2025 and most of that growth is coming from the automotive and industrial industries. That data combined with computing power well over one trillion times greater than what was available in the 1950s means the days of managing factories with people, paper and clipboards will soon be over – right? Unfortunately, that doesn’t seem to be the case.

END_OF_DOCUMENT_TOKEN_TO_BE_REPLACED

The subject of the IoT often spawns lofty discussions surrounding ‘digital transformation’ across industries. These discussions may be great from a theoretical standpoint, but often leave manufacturers scratching their heads and wondering where to start. Forbes reports, “a majority of manufacturers, 51%, state either that selected business areas are supported by IoT or that they have deployed it extensively across their organizations.” It is apparent that IoT technology is being implemented across manufacturing organizations but the most important questions to ask are why are they being implemented and where to start? As IoT technology matures and ROI is proven, some common roadmaps to IoT adoption are beginning to emerge.

END_OF_DOCUMENT_TOKEN_TO_BE_REPLACED

The Island of Misfit Devices: Overlooked Equipment in the Digital Age 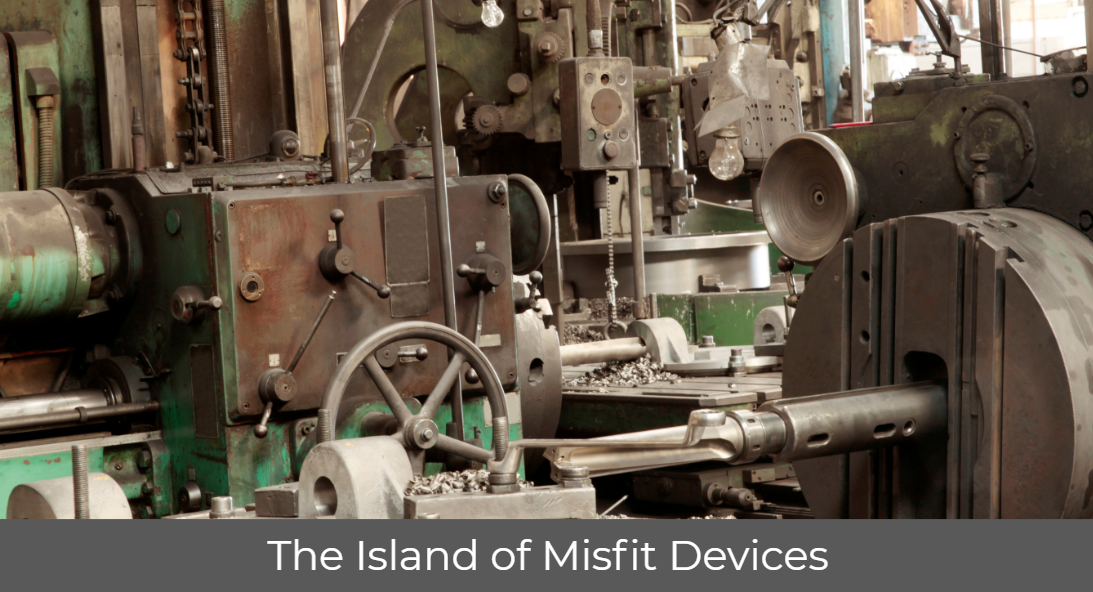 It’s time to rescue the misfit devices. As we continue to transition from a world of isolated systems to one where everything is connected, many pre-Internet, “outdated” devices are being hung out to dry. Although there are currently 26 million devices connected to the Internet of Things, Intel estimates that 85% of existing devices are inaccessible and unconnected.

END_OF_DOCUMENT_TOKEN_TO_BE_REPLACED

5 Reasons to Incorporate Distributed Intelligence into your IoT Strategy 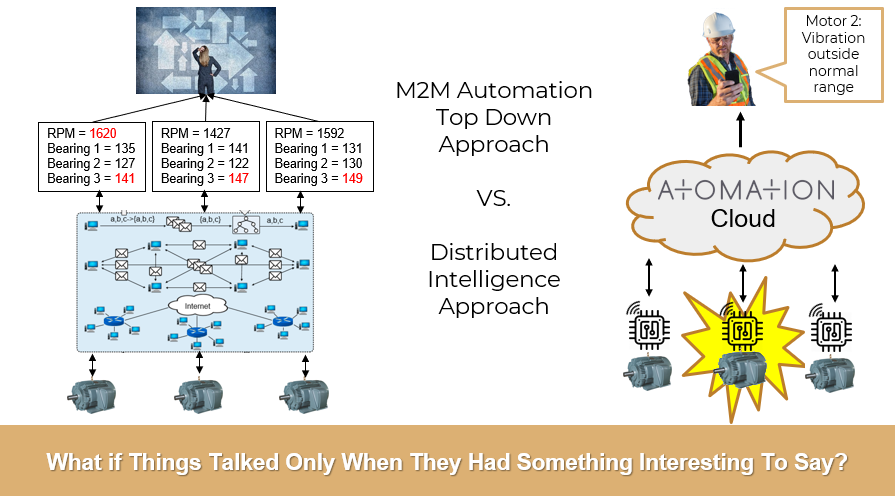 As technology rapidly changes, it is important for companies to choose the right approach for connecting their devices. One school of thought is called Distributed Intelligence which refers to moving the processing of data from a centralized system, to devices that collect and process data locally. Applications that are better solved with the principles of distributed intelligence are often complex processes that are naturally spread out over time, distance, or across multiple tasks. Advancements in IoT technology have made a distributed intelligence approach feasible, and according to IDC's Research by 2019, 75% of large manufacturers will update their operations and operating models with IoT and analytics-based situational awareness.

END_OF_DOCUMENT_TOKEN_TO_BE_REPLACED

A Smarter Approach to Digital Transformation in the Utility Industry 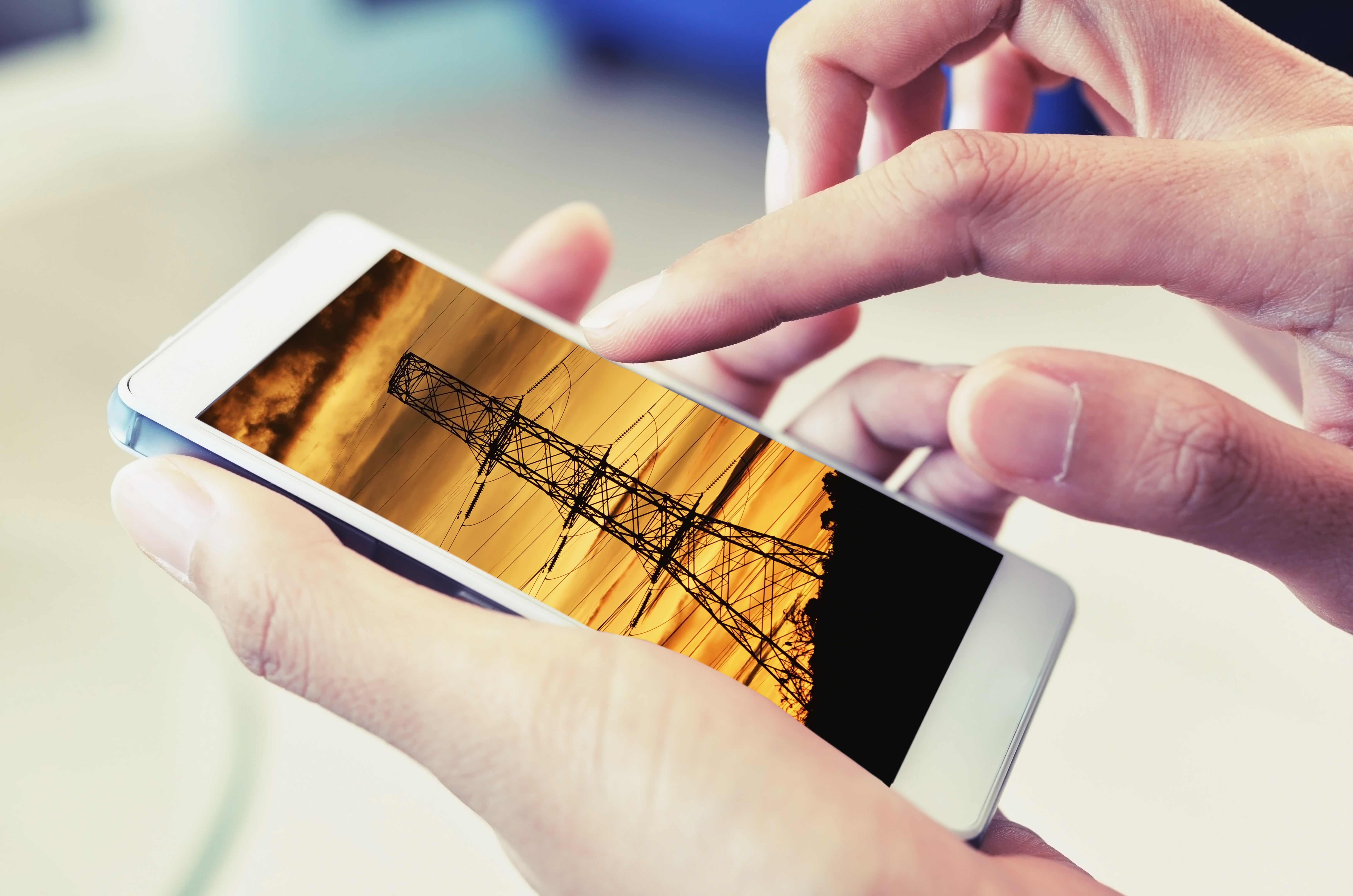 The utility industry is in a state of upheaval. With demand for electricity falling after 100+ years of steady growth, companies are in the hot seat about how to cover grid costs and deliver returns for shareholders. Digital transformation looks to be the path forward. In fact, 70% of utility executives say their companies need to become digital leaders in order to succeed in the current climate.

END_OF_DOCUMENT_TOKEN_TO_BE_REPLACED

Read the latest news and updates in the Atomation world. Stay up-to-date on the IIoT and our award-winning technology.